Brothers Junior Rugby League Club is a non-denominational Club, with players registering from throughout the local area and community, coming from a wide variety of backgrounds.

St Dominic’s College initially entered teams into the Penrith District Junior Rugby League competition in the early 60’s, and subsequently St Dominic’s J.R.L.C. was formed in 1968, as a separate body from the College. This was done by a group of Rugby League enthusiasts, (mainly parents of boys attending the College), with the driving force coming from Mr Harry Slaughter and Mr John Hasler, (father of Des Hasler). From its humble beginnings, when the Club entered 4 teams in the 1968 season, St Dominic’s has now grown to be one of the largest junior rugby league clubs in the Penrith district; and in fact one of the largest junior rugby league clubs in the world. In 2003 the Club changed it name from St Dominic’s Junior Rugby League Club to Brothers. In the 2008 season 42 sides were entered, with these sides ranging from under 6’s up to A grade.

The Brothers Club is not only large, but it is also very competitive in all age divisions. However, the Club has not lost sight that in junior sport, all ability levels need to be catered for, and it is part of our stated philosophy that one of the Club’s main aims is for its juniors, both male and female, to enjoy their sport – at the level at which they participate.

Brothers also offered many coaches a start in their careers, including NSW State of Origin coach Phil Gould, who coached his first side with the Club in the early 80’s; Tim Sheens, (Penrith, Canberra, North Queensland, West’s Tigers, NSW State of Origin and Australian Super league coach); Tas Baiteri, (French National Coach for several years and currently a director with the NSWRL Academy) and John Cartwright, (Gold Coast Titans Coach).

Brothers continue to have a large representation in Penrith Representative and Development Squads. The success of these individuals highlights the priority that the Club has given to the development of junior players.

In recent years the growth of the Club and the College has accelerated to the point where the school ovals were being utilised seven days a week. It was obvious that there was a desire for our usage to be reduced, to alleviate the degradation of the grounds.

We have been fortunate to maintain our link with the College and consequently a large number of players represent both the school and the Club. This link has brought with it a sense of identity, which has generated a loyalty of which we are proud.

In 2007 the college gave the club notice that it would need to vacate the college facilities, and as a consequence all Saturday games have since been played at Hickeys Lane, which has been given a major rejuvenation. Whilst Sunday games are played at Nepean Rugby Park.

Catering for both Females & Males who have special needs and Intellectual Disabilities ranging from but not limited to … Autism, Down Syndrome, Development Delay and vision impaired, with the core focus on ABILITY not their disabilities.

This will be the sixth year that Brothers Junior Rugby League has run the program.

The Henry Lawson Camera Club are a friendly group of men and women who don’t take themselves too seriously, but who are serious about their photography. A group of enthusiastic wannabes and seasoned photographers alike, who endeavor to nurture the novice and challenge the experienced with ideas that are sometimes offbeat but otherwise contemporary.

The Group often share Informative talks on all facets of photography and Indulge themselves in travelogues and often go for outings to stimulate the creative urge.

Show and Tell of photographic projects undertaken is often a frequent activity within the club which also involves constructive criticism and advice as well as helpful pointers and advice on any troubleshooting experienced.

You do not need to have the latest and greatest Canon DSLR, as some only have the humble point and shoot while quite a number of die-hards are still using the old and trusted 35mm film.

Why not come along to the next meeting for an introduction to the Camera Club, its members and activities? For further details please visit the official Henry Lawson Camera Club Website on www.hlcc.asn.au

Darts is a great way to meet new people. Not only will you become acquainted with your new teammates, but you will also get the chance to socialize with members of the opposing teams that you may face all the while improving your game.

It doesn’t matter if you’re an aspiring professional or whether you’re a willing amateur. You are sure to enjoy playing darts in this competitive environment because it’s a lot of fun and it’s a perfect way to take your game to the next level.

Our local Penrith Baseball Club established in 1968 is well known for its strong community growth in junior league around the Greater Western Sydney region alongside our prestigious women’s and senior leagues.

The Club relocated to its current grounds at the Andrews Road Baseball Complex in Cranebrook (below) in 1988, and the facilities include two senior-sized diamonds with mounds, playing/training lights and full dolomite running track on the main diamond, a third junior-sized diamond, sealed parking lot, canteen, male/female toilets and two change rooms.

We continue to grow by building strong relationships through our sponsorship program, community events, media advertising, and life members who have been instrumental in getting the club to its current position.

For more information go to: https://www.penrithbaseball.com.au 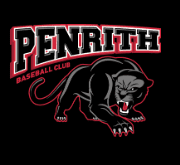 Golf is a very popular sport worldwide. Golf provides ‘a stimulating challenge combined with a healthy walk in pleasant surroundings’ and can be played by people of all abilities and ages.

Playing golf can help you stay fit, improve muscle tone and endurance and aid with weight loss. Golf is also a great way to keep in touch with friends, Assist in reducing stress, Provide opportunities to meet new people as well as help develop a sense of community connectedness.

All members and visitors welcome.

Courtesy bus available to and from each golf course.

All level of golfers welcome hackers to pro`s. Come out and have a hit.

A small, family friendly social golf group. We play once a month (except December) at the Colonial Golf Course on Werrington Road, Werrington, then go back to the The Henry Sports Club for a BBQ.

Nepean Oztag offers standard competition with boys and girls playing together. Designated girls competitions are offered in the Under 8s, 10s, 12s, 14s.

The first OZTAG competitions started in the summer of 1992/1993 at Cronulla with 28 teams and St George with 12 teams. Since then OZTAG has enjoyed an extremely rapid growth throughout the country. The Australian Oztag Sports Association (AOSA) was formed in 1994 as an incorporated association. The AOSA currently aims to provide opportunities for people to participate at all levels, by developing, promoting and managing the game of OZTAG in Australia.

OZTAG is a non-tackling game and the rules are designed to encourage this. Passing, catching, tagging, evasive and kicking are the skills utilised in OZTAG. It is played over two 20 minutes periods with eight players from each team on the field – 70m x 50m (half a soccer/Rugby field).

The object of the game is to score tries. Defenders prevent this by tagging the ball carrier (removing the tag from the shorts). Players must wear official ‘OZTAG shorts’ with a velcro patch on each side and a ‘tag’ (a strip of cloth is attached to the Velcro) – supplied at the venue. Tagging instead of tackling is great for players of all skill levels, size and weight to compete evenly.

Jordan Springs Netball Club was founded in 2017 by a group of 6 ladies with a passion for our sport. Our first year saw us field an amazing 11 teams.

In this our third year of competition, we will be fielding 18 teams.

We take pride in our players, umpires and coaches, and are committed to their further development.

The Penrith and Districts Basketball Association is a 2,500 member not for profit community organisation focused on developing the game of basketball in the Penrith & Districts area. We provide basketball competitions and Aussie Hoops for all individuals aged 5 to opens.

Penrith Basketball has a proud and successful 30 year history of Representative basketball. Our Junior and Senior Metropolitan Representative programs provide an elite pathway and opportunity. We are proud of our homegrown State, National League and Australian Representative players, officials and coaches.

Basketball is for the entire family and we are here to help you get started.